Owned by a property investment company specialising in retail & leisure, The Mall offers 49,700 m2 of floor space over two levels.

As part of a major refurbishment, phs Compliance was engaged by our Tier 1 client to upgrade the Mall’s LV electrical power distribution infrastructure and carry out electrical maintenance of the main switch panel.

Built in the mid-1970s and after several renovations, with the most recent being a £6 million modernisation project completed in late 2017 , retail space for the benefit of the local community was significantly improved, along with modernisation of the building infrastructure.

phs Compliance’s Project Services team specified all electrical components and systems to latest industry standards. Site waste management planning met statutory obligations arising from the Control of Asbestos Regulations 2012 where we worked closely with our licensed waste partner, and with whom we coordinated collections of WEEE-designated waste.

phs Compliance also ensured that the new electrical infrastructure was fully in line with surge protection and arc fault detection requirements as laid out in the IET Wiring Regulations 18th edition.

We’ve also future-proofed future statutory inspection and test works by ensuring all replacement distribution boards are free of asbestos and have been designed & installed to facilitate easier and more efficient physical access. phs Compliance’s dedicated project team worked hard and efficiently to deliver what our client and end-customer expected, on time and in budget.

The pre-existing infrastructure was composed of aged 4,6, 8 and 12 way distribution boards with some having separate isolators. Some boards were grouped in pairs or three’s in one location. The client requested that our quotation include costs for the replacement of two boards (a 4 and 6 for example) with one 12-way board and removal of separate isolators. Short runs of 16/25mm SWA were required to extend supply and distribution cables to the new boards.

Whilst installed cables are considered serviceable, our client wanted to update distribution boards to bring the Mall in line with latest BS 7671 standards (IET Wiring Regulations 18th edition). After conducting site surveys and obtaining all layout diagrams, phs Compliance built our 'sliding scales' approach by listing the costs of replacing distribution boards individually rather than a total cost. This provided our client with greater opportunity to accurately determine phased cost and budget periods. By mid-2018 phased budget release for works in each core area was underway.

Our Head of M&E Services on planned maintenance 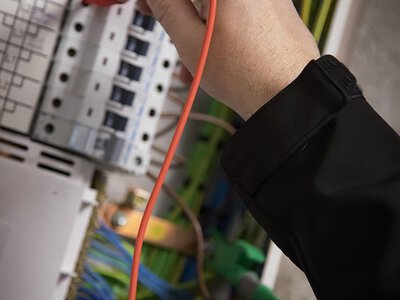 We're not thinking parties or fireworks. Nope, not us. We're thinking about the BS 7671 IET Wiring Regulations 18th Edition taking effect on January 1st 2019. With 21 days to spare, phs Compliance 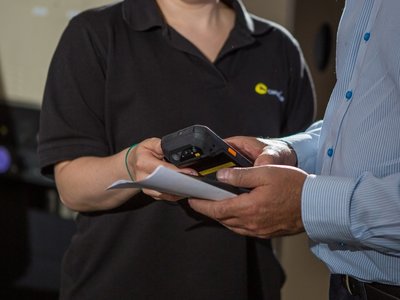 Supporting productivity and communications As part of an ongoing investment in technology, systems and training to support our large field-based engineering base, phs Compliance has completed a 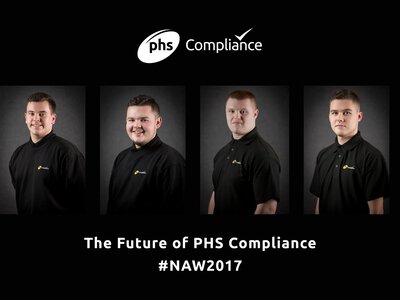